Grammar, why so early?

Use of the articles

Not in all languages, there are, as in the German language, 3 articles (der, die, das). For example, some languages use only one article, and some are without it, such as the Turkish language. Therefore, it is not surprising that M. transmits the language familiar to him in his mother tongue WITHOUT articles in the German language and sets forms like: “This is a hand and you can clap by hand”.

After 3 months within the Exercise Sequences where we introduced these 3 articles in connection with colour marking (der-red, die-blue, das-yellow) and different assignment exercises, M. succeeded to use the right article. Sometime later it turns out that he tries in his spontaneous speaking to use articles. Through linguistic accompaniment in the game and corrective feedback from the group leaders, it is practised to use not just any of the 3 articles, but the right one in the spontaneous speaking. Thus, the children gain more and more confidence in making correct sentences.

In our German workshop comes a little girl, K. She is not pronouncing well the letter R. Almost every sentence she speaks sounds funny for her playmates. For example: “When Ludi lolls with the lollipop” and then she gets laughs.

That’s why we practice gargling with all the kids. Everyone has a cup of water and in the middle is a big bowl. With a lot of fun, the water is spat into the bowl. After three weeks, K. rarely speaks an L instead of an R. She has also practised brushing at home, she proudly reports.

How do we talk to children? 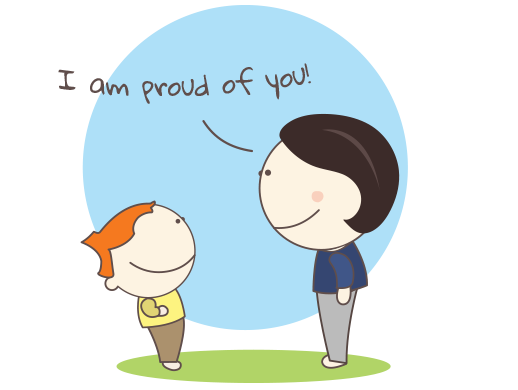